Thermal tolerances for Atlantic salmon (Salmo salar) are within the range ~6-18oC. While this makes Scottish coastal waters an ideal habitat for both wild and farmed populations, the UK is close to the southern limit of the species range in European waters. The threat of climate change is likely to have significant impacts on the productivity and viability of salmon aquaculture in Scotland. Scottish summer sea temperatures are predicted to consistently exceed 18oC by 2050 under some emissions scenarios; impeded growth rates and increased incidence of pathogen and parasite infestations are among the possible consequences (Genner et al. 2017). The continued viability of salmon farming is likely to depend upon making informed strategic decisions today, to plan for and mitigate against deleterious impacts of climate change in the future.

A tool has been developed to map projected sea surface temperatures under climate change. Sea surface temperatures for Scotland’s coastal and ocean waters are simulated using TUFLOW FV, a 3D flexible mesh hydrodynamic model. The model is simulated using meteorological and open boundary climate change data predicting projected changes in sea temperatures over a range of emissions scenarios. The model mesh resolution can be adjusted to focus on regions or sites of interest along the Scottish coast, providing accurate predictions of sea temperature changes at a high resolution. This tool can subsequently aid in appropriate site selection of salmon farms within Scottish waters and plan for climate change risk assessments.

David is presenting on the above at the Marine Alliance for Science and Technology for Scotland (MASTS) Annual Science Meeting (5–7 October, 2021). The presentation includes some initial results of the predictive modelling, mapping indicative areas along the Scottish coast that are at risk of becoming unsuitable for salmon farming, as well as for commercial and recreational fisheries. The results of this modelling are presented as a risk matrix for each area of interest to include estimated time to increased risk, as well as the likelihood of reaching unsuitable conditions for growth based on ensemble model outputs. The tool was originally developed for investment risk analysis and can be adapted to support salmon farmers and management bodies to make informed decisions on mitigation steps for existing farms as well as future planning and site suitability for new regions under expansion planning.

The authors would like to thank Marine Scotland Science for supporting the development of the hydrodynamic model used in this study. 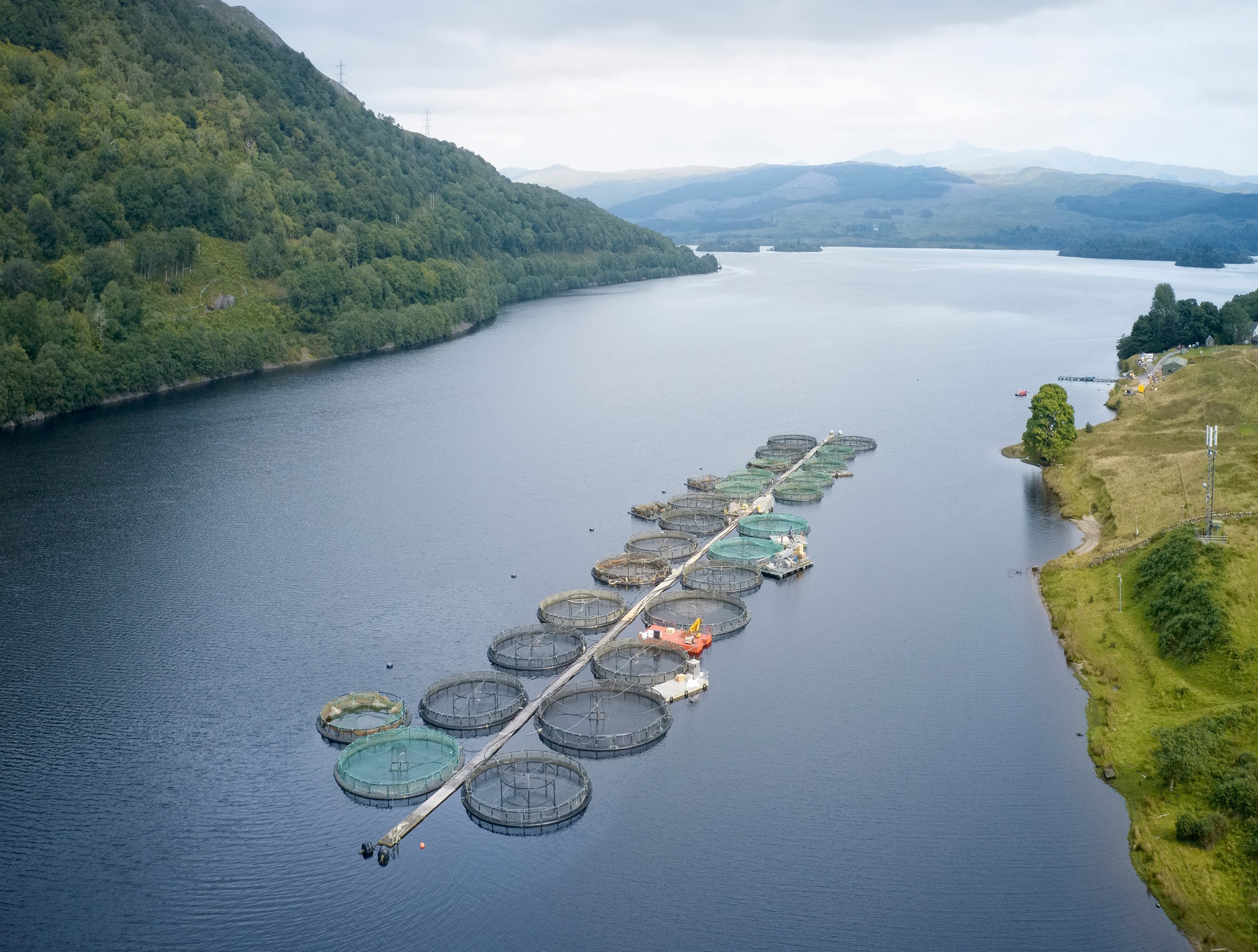